Copy and paste the html-code below:

Pro-Putin rally participants complain they were not paid. Gazeta.ru writer met them and listened to their story. Rally organizers consider it just provocations.
"They owe us 82 500 rubles ($2800), it's all counted" says a middle aged man near Park Pobedy metro station. He is dressed in leather trousers and black cap and he has given a Gazeta.ru writer a card saying "Actors casting agency. Sergei Vassilievich" with a phone number. The card is half anonymous – Vassilievich is a patronymic, not a surname. The video of this conversation is kept on file in our office.

He says he works as a brigadier and many years he provides extras for TV (talk show 'audiences'), people for different companies' promo actions, and also for political rallies. There are approximately 20 people behind him – those he brought to the Pro-Putin rally at Poklonnaya gora after receiving a customer order. The customer promised to pay the brigadier 50 rubles for every man brought and 500 to each participant.

"We stood there, though they didn't give us any posters or slogans, just told us where to stand. Later, they had to pay up near Shokoladnitsa café. I brought the people there, then the customer called and ordered me to bring them to the monument. I did that, but lost some people on the way. The customer brought only a part of the necessary sum, and now he isn't answerign his phone," said Ivan Vassilievich.

He can't say much about the customer because, in the extras business, there are lots of intermediaries. Sergei Vassilievich works with Yevgeny, who works on some TV project. It's unclear if Yevgeny is connected to the rally presenters, TV political talk show stars Sergei Kurginyan and Maxim Shevchenko. "I think he's connected, but that's just a supposition," said Sergei. But the money wes to be brought by another person, also Yevgeny, who switched off his phone right after the rally.

Sergei Vassilievich's subordinates loudly demand their 500 rubles ($17) each. They already approached the prosecution office (which turned them down) and United Russia (where they were told the party didn't organize the meeting). After both failed attempts, they wrote a letter to candidate Vladimir Putin's staff and also to the Democracy Choice opposition organization that advised them to talk to journalists.

"One of the brigadiers approached us," said Igor Drandin, deputy chairman of this organization, to Gazeta.ru. Among the extras, we saw one of those who we'd seen when we found the secret staff of candidate Mezentsev. This person we recognized was among those who forged signatures for the candidate," Drandin added. Mezentsev was removed from the presidential race after a scandal with forged signatures leaked to internet.

Sergei Vassilievich says he works with his own base, but other brigadiers use the internet, for example, the site Massovki.ru. A Radio Freedom correspondent took part in the pro-Putin meeting as a paid participant and took several photos in which we can see some of the people who complain they were not paid.

The swindled extras showed strip-club cards with red marks. These cards were given to each paid extra (they call them coupons) to show the brigadier and get paid.

Gazeta.ru called both Yevgenys – the middleman and the customer. One was unavailable, and the other denied any knowledge of political extras.
The participants now say they'll never vote for Putin because he doesn't pay. "I'll vote for Zhirinovsky! At LDPR rallies they always pay on time," an elderly woman with yellow hair shouted and showed her LDPR party member ID.

Anton Krasovsky, Prokhorov's chief of staff, denied they ever used or will use paid extras. Duma vice-speaker from LDPR Igor Lebedev told Gazeta.ru "it's possible that somewhere in the regions, careless party coordinators hire supporters so as not to be punished by party leaders for a lack of active supporters at the meetings, but party leaders never sanctioned this practice."

Alexei Zhuravlev, who was one of the rally's organizers, a Duma deputy and the Congress of Russian Communes leader, considers the complaints about non-payment for rally participation a provocation.

"We need to find out who called these people there, who promised them money. Let them give names, if they lie, they'll be sued. I think it's a provocation, our organizing committee had several meetings about this, we absolutely forbade all the parties participating in Poklonnaya rally to hire extras and pay for participation," Zhuravlev told Gazeta.ru.

"We are not naïve, we knew we'll be accused that the rally was paid.

But one can find some students from, say, Molodaya Gvardiya (one of the pro-Putin youth organizations – Gazeta.ru), who say they were paid by Bolotnaya organizers, and that would be another provocation, just like this one," he added.

United Russia General Council Secretary Sergei Neverov told Gazeta.ru his party had nothing to do with the Poklonnaya rally organization. "These people say they were hired by a middleman. I think middlemen are always provocateurs ," Neverov said, adding he attended the rally with a friend, voluntarily and without payment and doesn't believe such stories.

Gazeta.ru approached another casting manager who supported this story.

"They searched for people for this rally… Yes, at Poklonnaya, but not only there. People regularly approach our agency to hire extras – some people do video, others – political rallies,"- Olga Skvortsova, casting-manager from Kinosfera agency told Gazeta.ru. "They pay in cash, usually 500 to 1000 rubles per day"

"We never had to deal with non-payment before, although several times people were paid less than promised. There are only oral contracts, it's all reputation based," Skvortsova said.

From the Institute of Political Sociology, Vyacheslav Smirnov, who has dealt with regional elections for many years, says the non-payment to rally participants are frequent in Russia, and hiring extras is very widespread. "It could happen at a Just Russia rally, or Democratic Russia in its heyday, and it's no wonder it happened at Poklonaya. Maybe they wanted to gather the maximum number of people and were ready to pay, and then the idea changed and they forgot to warn the brigadiers; maybe one of the middlemen stole the money; or the brigadiers didnt bring enough people and the middlemen considered it a breach of contract," the spin doctor told Gazeta.ru.

Editorial: the still waters of Kazan

It seems that the republic of Tatarstan is becoming the new center of full-scale religious extremism in the territory of...

Editorial: the still waters of Kazan

It seems that the republic of Tatarstan is becoming the new center of full-scale religious extremism in the territory of Russia. This was not how it used...

Editorial: apologia of the caste

Russia's government is not planning to fire bureaucrats, reports the deputy head of the government, Vladislav Surkov. In an interview to the Vedomosti...

Editorial: if they aren't with us, they are against us

The investigation of the political criminal case initiated on the basis of the NTV film «Anatomy of protest-2» shows exactly how the authorities... 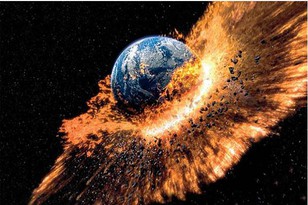 A driver in the Kemerovo region, after violating traffic rules, refused to pay a fine of 1,000 rubles, saying that it was pointless, since the world would...

Many unknown white powder deposits fell across the city of Omsk for the second time in two months, the local government press service reported on Tuesday....

Late night moans to be banned in St. Petersburg

The freed Pussy Riot member Yekaterina Samutsevich told Gazeta.ru about the punk prayer in the Cathedral, about the life...