A newspaper article later said the Archbishop was merely using incest and paedophilia as examples of changing morality.

The new head of the Italian Bishops Conference has been heavily criticised by politicians for comparing moves to give gay couples some rights to incest and child abuse.

Archbishop Angelo Bagnasco, who was appointed last month, is in charge of the Roman Catholic church campaign to block a new law that would allow unmarried couples, gay and straight, some legal protection.

The Archbishop’s comments have resulted in some of the heaviest criticism of the church in an ongoing row over the place of religion in the Italian state.

“Why say no to forms of legally recognised co-habitation which create alternatives to the family? Why say no to incest?

“Why say no to the paedophile party?”

“I am stunned and I hope there will be an immediate clarification of the reported comments.”

A newspaper article later said the Archbishop was merely using incest and paedophilia as examples of changing morality.

The bishops called the idea that Catholic politicians might vote in favour of the proposals “incomprehensible.”

Italy has been gripped by the conflict between traditionalists and progressives since Romano Prodi’s government unveiled proposals to recognise same-sex partnerships last February.

Members of Parliament have been strongly lobbied by the Catholic Church, with Pope Benedict XVI calling the proposals “anti-church and anti-family.”

While the bishops did not suggest disciplinary action against lawmakers who supported the government proposals, they did stress a “moral duty” to vote against the legislation.

Enjoyed this article? Add Pink News to your Twitter timeline 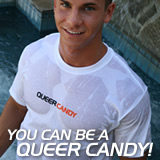